ACT I, SCENE I

The Growth of Theater and Performance 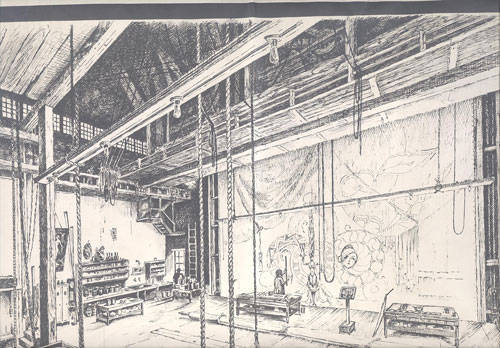 From the times of ancient Greek and Roman theaters and Shakespeare, stage and theater have been forums for the expression of ideas and controversial issues, historical events, real life depiction and fantasy. Although theater, dance and performance have played a part of America since the time of its formation into a nation, they have become a medium of unparalleled artistry and outstanding talent. America discovered freedom in many disciplines, including fine arts and legitimate theater. This freedom fostered ingenuity and limitless creativity, and produced superiority in many instances. The most influential and intelligent people in theater and arts would make Broadway the top of the heap for art and music. Later, the shift to the west would put Hollywood in the spotlight.

The Plot Thickens
Many changes occurred in the five decades leading up to 1920. Population growth and economic prosperity increased, and America’s appetite for live entertainment  and amusements escalated. In America, the urban population increased to more 50 million people from less than 10 million. Louis Lumiere is credited with  inventing the first motion picture camera in 1895. In 1884, the first roller coaster opened in Coney Island, New York. During 1909, Coney Island drew over 20 million  visitors. Once population differentials are accounted for this calculates to a greater number than the combined attendance at Disneyland and Disney World in 1989. 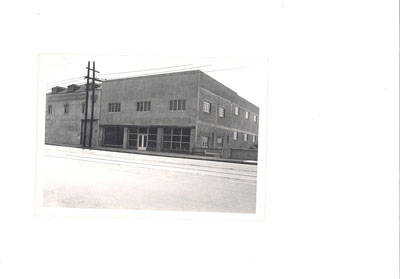 ACT I, SCENE III
The Growth of Hollywood

Hollywood is synonymous with entertainment. It is revered as the entertainment capitol of the world. It was back in 1913 that Hollywood was put on the map. The Hollywood story begins with an upcoming actor/playwright named Cecil B. DeMille, and his partners Jesse L. Lasky and Samuel Goldfish (later Goldwyn), who were getting ready to film “The Squaw Man” at a location in Arizona. Dissatisfied with the location, DeMille talked the others into riding the train to the end of the line in search of a better location. That location was Hollywood. 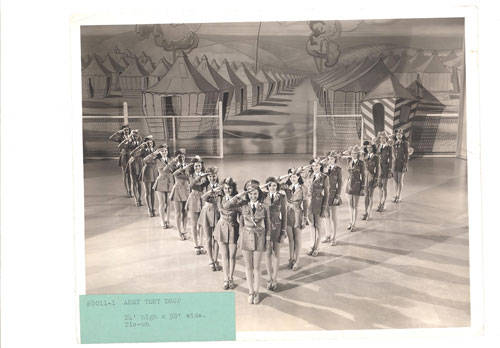 Robert Louis Grosh was an exceptional man and a creative talent. Born in Columbus, Ohio, in 1891, Mr. Grosh enjoyed theater and its surroundings. He worked in vaudeville theaters as an assistant and a curtain boy. When he was 16, he worked for Armbruster’s & Sons Scenic Studio as an assistant to the scenic artist. Here he worked his way up performing various duties, learning the intricacies of scenic designs and set construction. Armbruster’s & Sons Scenic Studio holds the national distinction of being the first scenic design studio in the United States, founded by Mathias Armbruster. Along with his two sons, Armbruster’s & Sons Scenic Studio’s customers included many well known stage stars.During his time with Armbruster’s Scenic Studio, Mr. Grosh earned his journeymen status professionally. In those days, it was necessary for an artist to mix his own paints (see History of Backdrops), which he did by heating the glue on the home stove when working on extra projects evenings and weekends. He would often set up frames in his garage and paint scenes for road shows and conventions. In 1915, he married and started a family. Over the years, the couple raised four sons, who would eventually join the family business. Mr. Grosh worked at Armbruster’s Studio until 1926, when the owner of Los Angeles Scenic Studio offered him a five-year contract. Accepting the contract would mean moving to California, so he and his family embarked on their journey to Los Angeles. 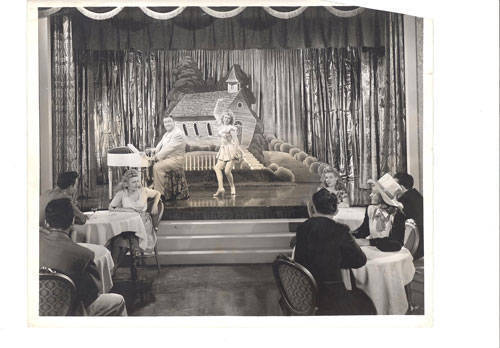 Mr. Grosh served his contract as the Vice President of Los Angeles Scenic Studio, and in 1932, started his business, R. L. Grosh & Sons Scenic Studio at 4114 Sunset Boulevard in Hollywood. Mr. Grosh was an accomplished artisan, having painted backdrops and scenes for stage as well as nightclubs, restaurants, shows and conventions. The family also held great talents in metalworking. This would be a factor in yet another contribution to the industry that the Grosh Studio would make.Technological advancements in film, coupled with Americans with increased personal income and leisure time hungry for entertainment, fueled the fervor in Hollywood. The rising popularity of movies in the 1930’s impacted both audiences and the entertainment business. As the industry changes took place, adding the screen to the evolving varieties of live theater and stage created an industrial-financial colossus. The eight major studios dominated the film industry throughout the world. They were MGM, Warner Brothers, Paramount, United Artists, Universal Film Manufacturing Co., 20th Century Fox, RKO and Columbia. R. L. Grosh & Sons Studio worked with them all.

ACT III, SCENE I
GROSH SETS THE SCENE FOR ALL OF HOLLYWOOD 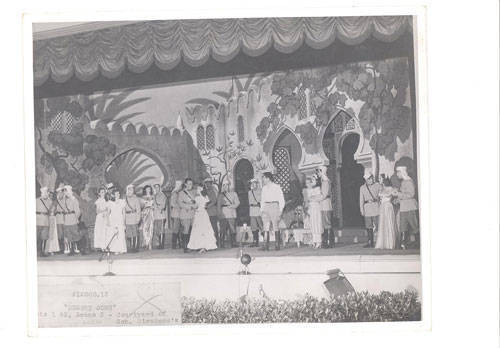 All the major studios in the 1940’s and 1950’s used R. L. Grosh & Sons sets. 20th Century Fox made numerous musicals in the 1930’s and 1940’s, and you will see at least one, if not more, Grosh sets in these musicals. Part of their prestigious clientele is Walt Disney, a relationship that began with the first Disneyland in Anaheim. Grosh provided extensive equipment and products for many of the attractions in Anaheim, and at Walt Disney’s “EPCOT” CENTER in Orlando.

The use of more elaborate properties and effects required special riggings and hardware to facilitate the production’s needs. Dynamically changing sets were technically challenging. Grosh & Sons were pioneers in contemporary theatrical rigging. This led to the innovation of hardware products still in use today throughout the world. A sample of the technical services invented includes the design and fabrication of curved and straight drapery track, contour drapery rigging, motion picture screen frames (including disappearing screens), screen masking rigging, motorized revolving stages, acoustical treatment, lighting ladders, and counterweight systems.

Hollywood has always been a part of the magic of live theater and dance. With the excitement of the flourishing film and stage industries in America, R. L. Grosh & Sons Scenic Studio was in high demand. Over the years, Grosh has expanded and contributed to the industry in numerous ways. The West Coast’s forerunner in the rental business is Grosh Scenic Rentals. Today, it continues to work with all forms of live theater, ballet and dance, conventions, and has growing requests to outfit party, theme and event planners.

Today the business is operated by Amanda Uhlein, the great-granddaughter of R.L. Grosh. Still offering the finest selection of backdrops and draperies in the industry, Grosh Scenic Rentals continues to supply perfect solutions for today’s customer, whether they are directors, set designers, or a first-time production person with a high school or dance company. 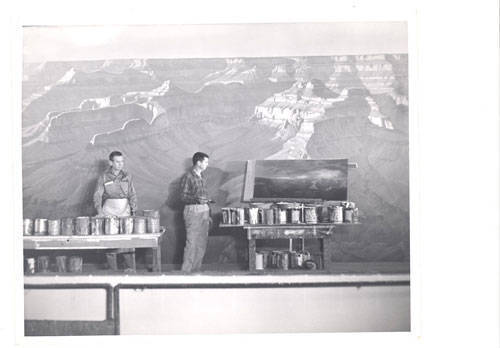 More than just a place and a period indicator, today’s backdrop sets the stage for a performance with a visual environment to enhance the production. Some of the greatest shows on earth have been designed and produced in Hollywood. Many of those shows in some way have a connection with Grosh Scenic Rentals. The essence of theater, dance and show production is that it is a collaborative effort with many duties, most requiring expert precision and skills of many individuals. It is teamwork.
Grosh Scenic Rentals has always provided its customers with team players-knowledgeable sales consultants ready to assist you (whether you are new to designing your scene or a veteran) combined with a dependable warehouse unit to get the products to your location. We bring Hollywood to you.

We have special discounts available if your needs include shorter or extended rental periods. Grosh Scenic Rentals has a discount program for early bookings, to find out the exact cost please ask our backdrop consultants at 1-877-363-7998. Grosh Scenic Rentals does not charge for the time that your order is in transit via the courier to and from you.